Recently, geocachers in the Rochester area have been wrapped up in a heated caching competition. Back in May, the first of 7 geocaches was published in the Tough Mudder Challenge Series by a mysterious character Socky P, which is the alter ego of one of our local cachers. With a name like Tough Mudder, these caches wouldn’t be easy.

The caches will NOT be hidden in parking lots!  This series is meant to bring back a little old school geocaching fun, so if you enjoy spending time in the woods, hiking on trails, off trails, ammo cans, and exercise, then you should join in on the fun.  This series is meant to be physical.  If you complete all the caches in this series, you will obtain bragging rites that you are a Tough Mudder Warrior.

The series consists of 6 individual multi caches and 1 bonus cache. Points are awarded to finders based on the order of signatures in the physical log book of each cache. The cacher with the most points at the end of the series would be grated a $20 prize and eternal bragging rights!
I had the opportunity to talk with Socky P about the new Tough Mudder Challenge Series that has been taking over the Rochester area.
Sherminator18: How did you first come up with the idea for a competition style series?
Socky P: About a year ago someone put a comment on a Facebook post about how much caching has changed, and the “new generation” of cachers not knowing what caching was like in the “old days”.  At that point it first popped into my mind to do a series with an “old school” theme.
Also, every summer I try to plan some cache excursions with some of my caching friends where we go out of town and hit some great parks and challenging caches/terrain.  I’ve had a blast on some great caches…that take you to cool places and cool experiences like creek walks, gorges, etc.  And I know how much fun it is for me to do caches like that with other people, so I envisioned a series with that type of cache/terrain that would give people that same fun experience together with some of their friends.
S18: Did you have specific locations picked out first? Or did the idea for the type of hide have you out searching for a location?
SP: Beginning last fall I brainstormed locations, and also the types of cache experiences I wanted to do and really hit it hard over the winter.  I did most of my [initial] searching using the geocaching map on the website.  I did not have a set number of caches in mind for the series but originally set out to do 9, (8 plus a bonus), but some locations did not work out due to hidden puzzles and various other things and I wanted each to be high quality and not just do more to have more, opting for quality over quantity, so it got reduced to 7. Once the winter broke, I think around March, I began to go out and scout the areas I had identified on the map.
S18: How long did it take you to plan and place all 7 of the caches in the series?
SP: With each cache I did AT LEAST 3 trips through it, but most I would say required 4-5 times. First there was the initial walk-through, where I would scout the area, envision the cache, and take very rough cords at spots that were worthy of possible hides. I’d submit those spots [for coordinate check]… if approved and reserved, I knew I was good. 2nd trip out I would often place the hides (never the final, just the waypoints) and take much better coordinates. I would hide the containers but leave them empty so I could go make the waypoint slips for them at home. 3rd trip would be walking through it again, placing the waypoint slips in the containers, placing the final ammo can, etc. There were numerous ones I had to visit more than 3 times, but it was always AT LEAST what I just described.

With each cache I stayed ahead of the series. By the time I announced the series, #1 was all set up, #2 was partially set up, and I had done walk-throughs with most or all the others.  And the bonus was hidden before the whole thing began.  I did not think people would solve it ahead of time, but there are some smart puzzle solvers around so I figured it could be possible.  I think I visited the bonus location like at least 5 times to check on it.

The trunk of my car was packed with things for months; containers, materials, my boots, flashlights, spray paint…and my pink backpack that was on my back each and every trip.
S18: What has been the geocaching community’s reaction to this series?
SP:  I’ve been blown away by the reaction of people.  So many of you gave favorite points to these caches, and as someone who takes great pride in their hides, favorite points mean so much to me.  I put many, many hours into each cache, so someone writing a great log or giving it a favorite point makes it all worth it, as I know they enjoyed it the way I meant them to when I constructed it.  I’ve been truly humbled by the response.  And it is so awesome that there was such a great combination of older caches who have been around for many years, and newer cachers who were not around during the old series, and it seemed all enjoyed it.
It was a ton of fun for me to do, and while I am pretty good with handling rugged terrain and physical challenges, I was beyond impressed with people’s determination to persevere and get through a series of caches that takes hours to do.  Really impressed by everyone who completed it.
Many thanks to Socky P for taking the time to talk with me and for putting out an excellent series of challenges caches!
Geocaches in the Tough Mudder Challenge Series:
TM-1 Tough Mudder #1: Back to Old School
TM-2 Tough Mudder #2: Adventure Seeker
TM-3 Tough Mudder #3: Walk it Off
TM-4 Tough Mudder #4: Socky Tree
TM-5 Tough Mudder #5: Triathlete
TM-6 Tough Mudder #6: Cool Down
TM-7 Tough Mudder #7: The Bonus

Recently, I made the long drive to Denver, Colorado with my boyfriend, McDoogins and our dog Rogue. The reason we were in Denver? GeoWoodstock 14er. We arrived to Denver on June 30th. That night we attended “GW14er: Denver Craft Brew” (GC6EB4A). The event was at a local brewery called Prost Brewery. Attendees were given a small sample cup and were allowed to try samples at 6 breweries and 1 distillery. These were also the locations of 7 of the 10 lab caches for the Mega event. We got two of the 10 lab caches that night.

The morning of July 2nd was the “GW14er: Early Meet-n-Greet & GeoCoin Poker” (GC6CQKW) event. When we arrived there was a really long line to pick up your registration packets and any swag you ordered. Instead of waiting in the long line, I met up with many people I know from the #USGeocachingHour which is a weekly chat about geocaching on Twitter. I even got to meet some of the popular vloggers and podcasters such as The Geocaching Vlogger, Geocaching with Darick and Geocache Talk.

After that event, McDoogins and I decided to head up Pikes Peak, the tallest mountain in the southern Front Range of the Rocky Mountains. There was an event scheduled at the summit that afternoon, “GW14er “DGS Rocky Mountain High 14,115ft”” (GC6C8FY). The drive to the top is a 19 miles on switchbacks with a near drop off right next to you. The weather near the top turned cold and cloudy so we did not stay long. We found a handful of caches on the mountain and they are all now my highest elevated caches at 10,000 feet or higher.

Sunday, July 3rd was the big day. I headed out early to the “GW14er: Donuts in Denver” (GC6CT3Z) event. It was at a donut shop with the most delicious donuts I’ve ever had. I was even given a sample of a fresh, hot one right off the cooking line. I signed the donut shaped log and chatted with some other cachers for a while before heading out.

I had a mission to complete. I was going to make an attempt at finding 10 cache types in one day. I stopped at a virtual nearby “Northglenn Veterans Memorial” (GCHHJY) and quickly gathered the required information. I also needed a webcam cache for the day. The one I chose was “Pearl Street Webcam” (GC4994); it was a 35 minute drive away from where the donut event was, and the opposite direction of the Mega. I arrived there for find a group of probably 10 cachers there waiting. When I approached them they said they had been there for quite a while and the camera hadn’t refreshed. I was so upset at this point that I wouldn’t be able to get all 10 icons. I decided to sit and wait awhile. A few other cachers came and went and a few more came. I decided to give up on the webcam and got back into my car. Before I left, I checked the webcam page on my phone one more time and the picture was of the two cachers who were still sitting at GZ! It worked! I excitedly hopped back out of my car and told them it was working again. I waited anxiously a few more minutes before the camera refreshed again and I was in the picture!

I headed back to pick up my boyfriend and we headed over to the Denver Botanical Gardens at Chatfield. We first headed over to the large letters that spelled out GeoWoodstock which were the log book for the event. We signed on the letter D. After that, we spent some time checking out the different vendors. There were a dozen or more vendors attending and they had a wide variety of supplies and swag. We also wandered around the grounds in search of the 3 lab caches that were there. Before too long we were heading toward to big letters again but this time for the group photo. Thousands of geocachers gathered together and our photo and some video was taken by a drone. We spent the rest of the afternoon finding the new gadget caches that were placed around the grounds. Lucky for me, there were 6 cache types placed throughout the grounds specifically for the event. Soon after that McDoogins and I left the event and headed to the remaining breweries for the lab caches.

The next morning, we began our long journey back home to New York. We had a fantastic time at the Mega event and all the satellite events. I got to meet many people I had previously only known online. It was a great time with great friends that I will never forget.

I also put a video together of some photos. You can find it here: 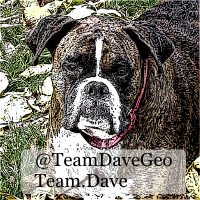 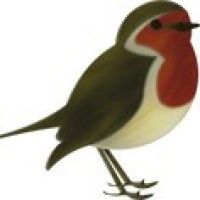 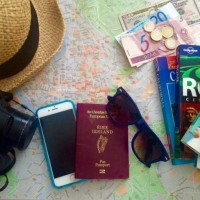 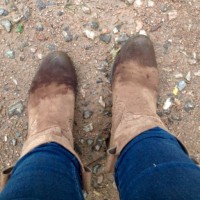 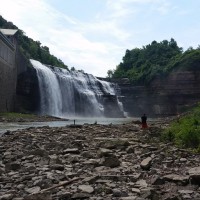